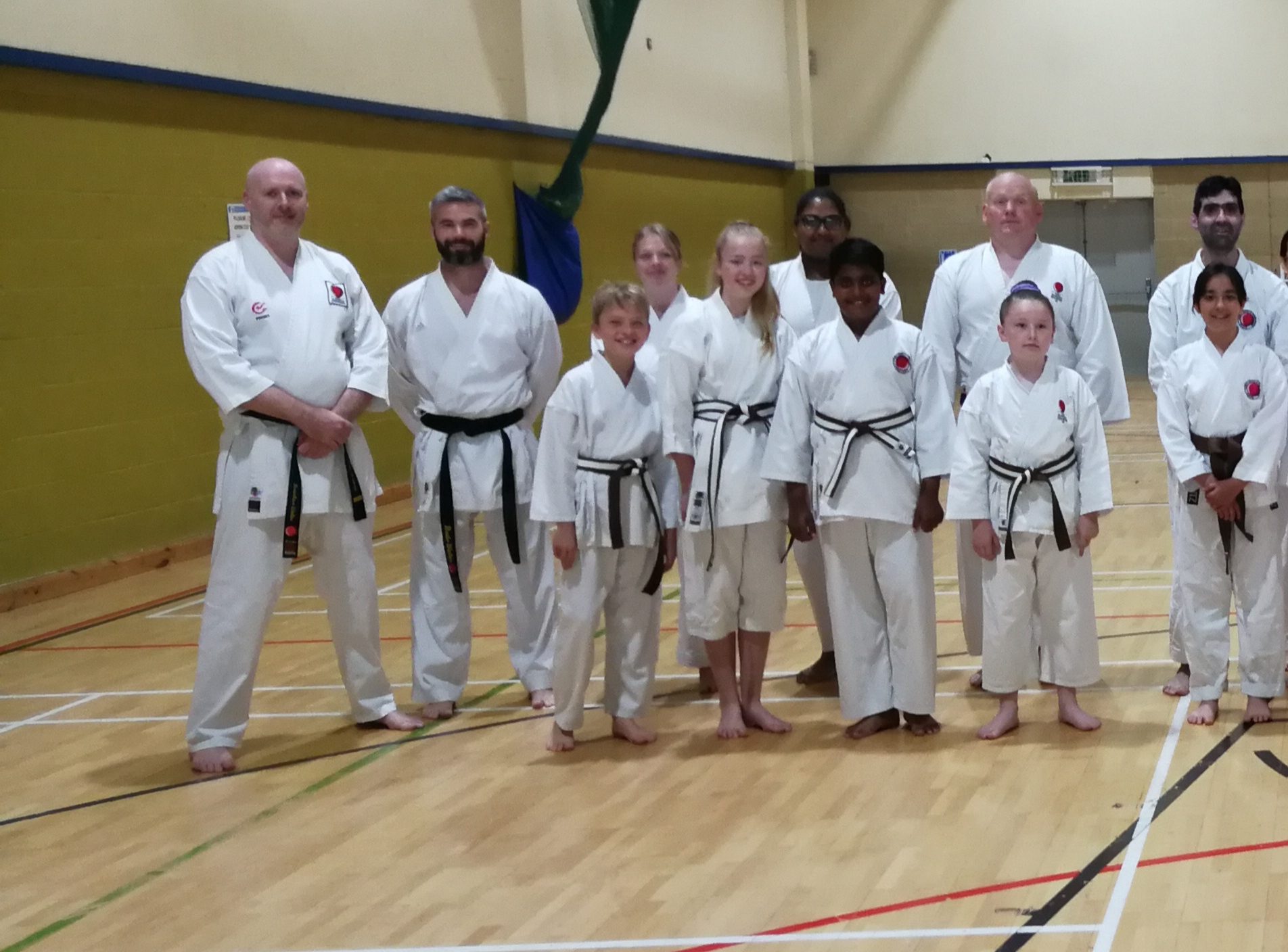 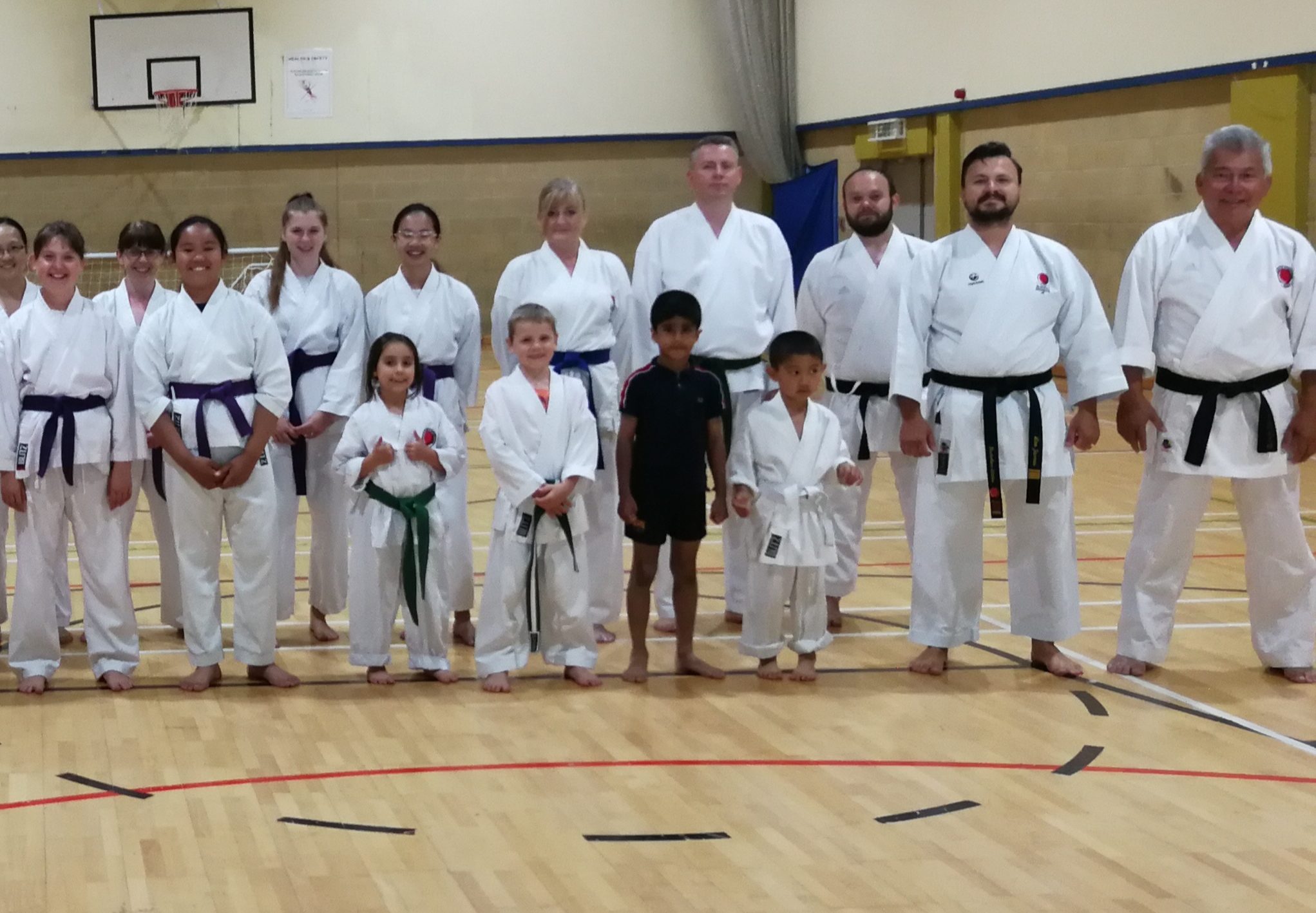 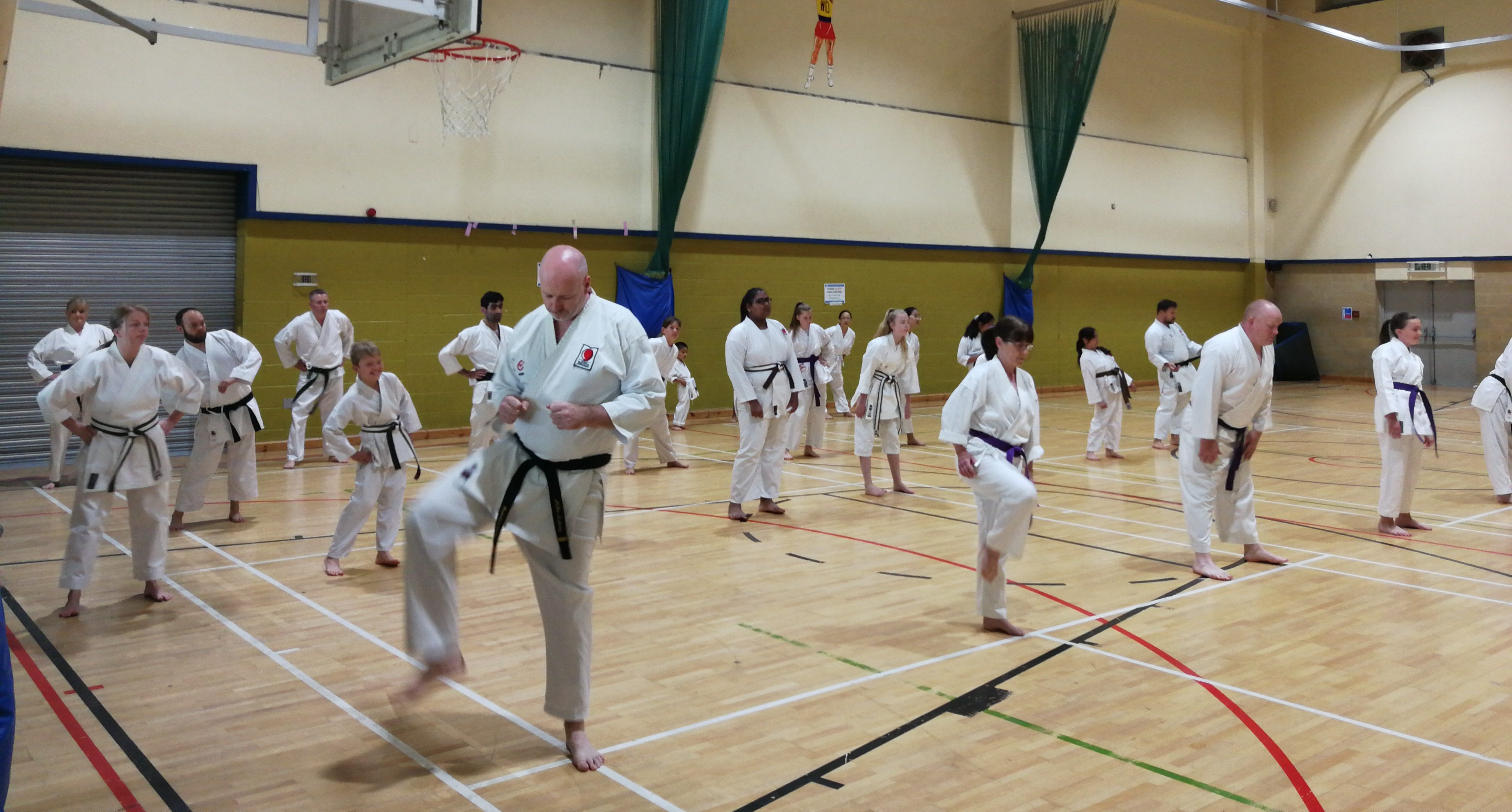 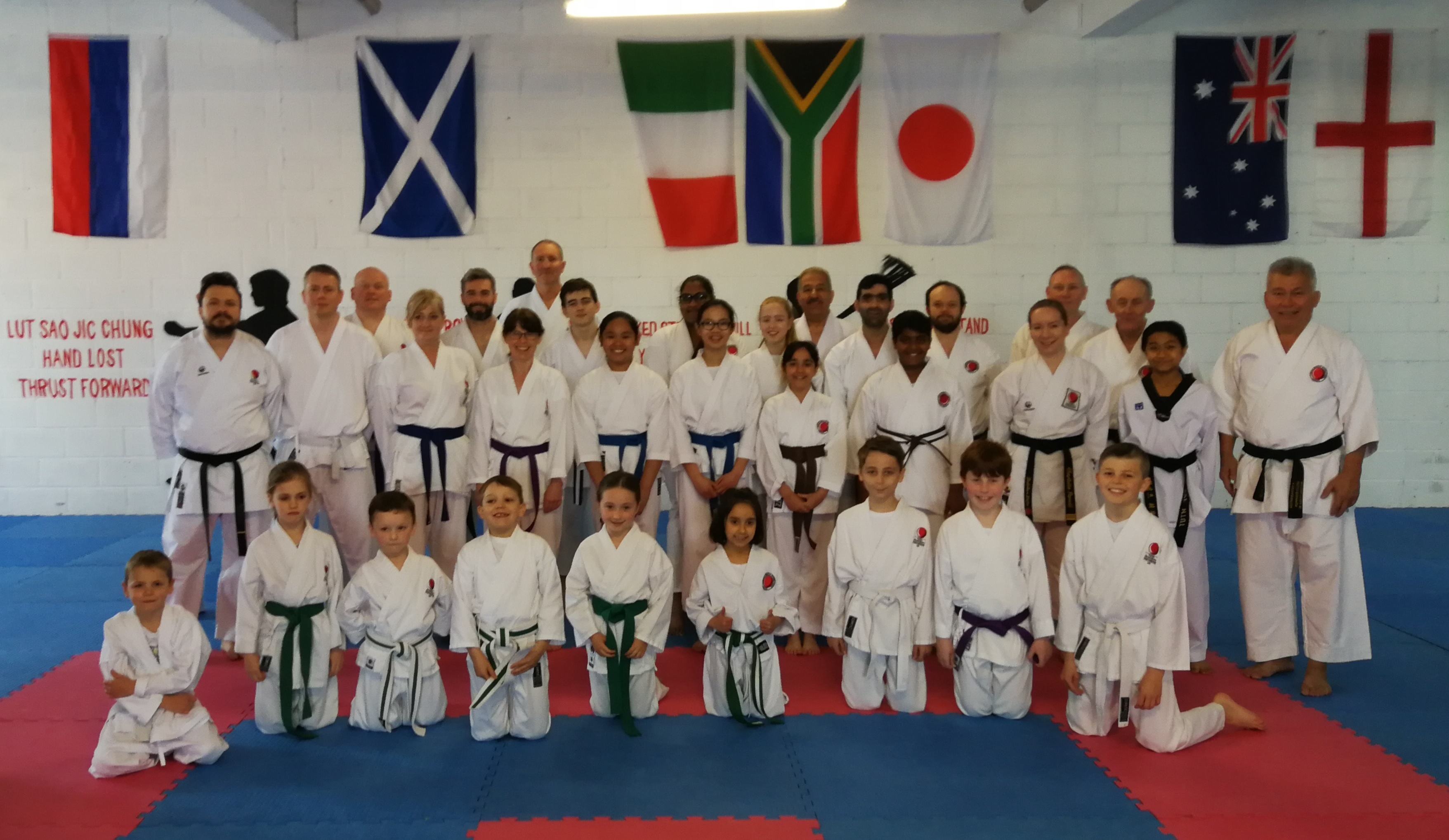 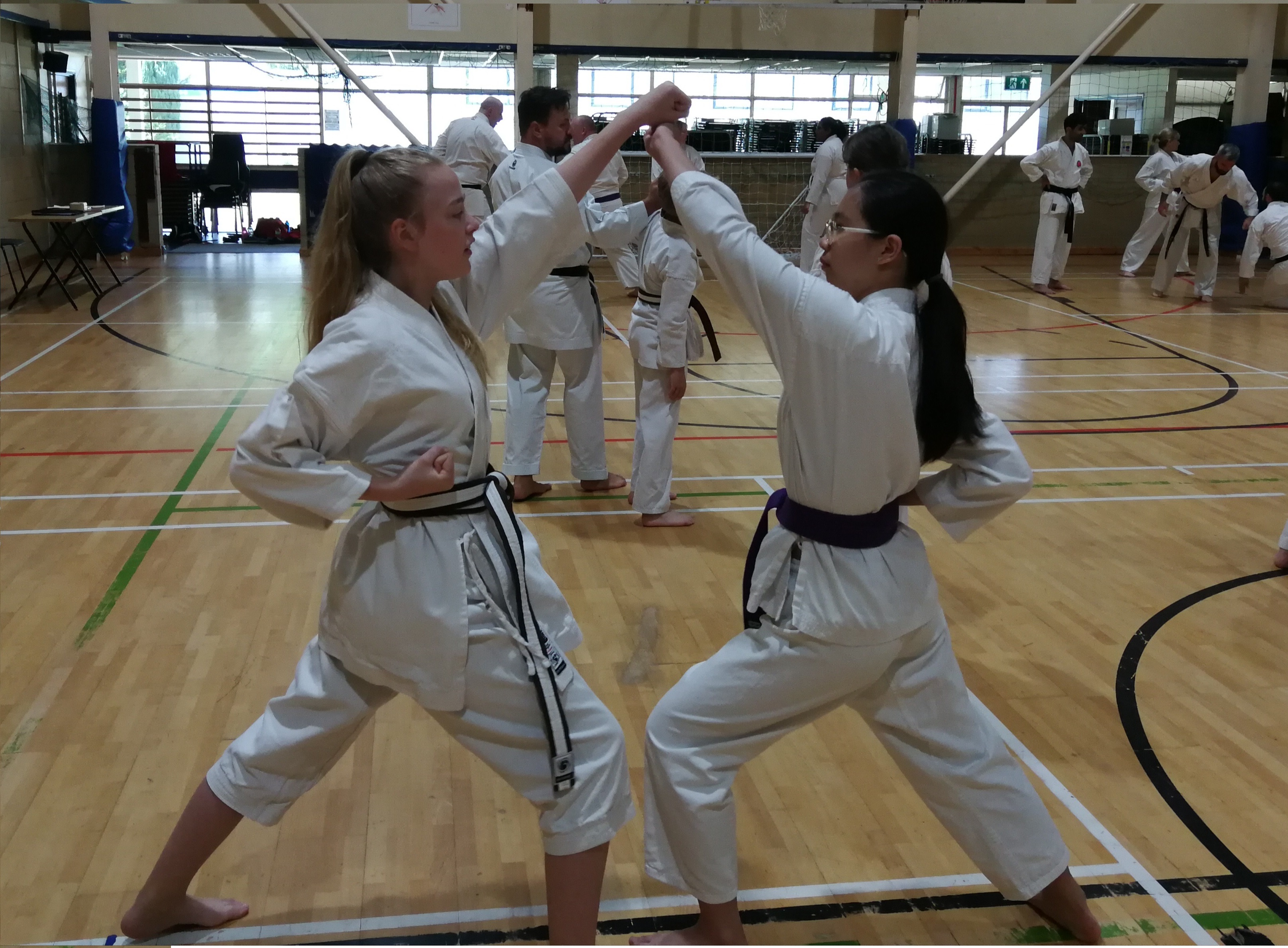 What is Karate
Budokan is a traditional art of self-defence. The style of karate is based on the Kenshinkan (older version of Shotokan) and some Chinese kung fu and Tae kwon do influence.
Our organisation is a full member of the WKGB, British Karate Federation and European & World Karate Federation.  Karate Budokan International was founded on July 17, by (the late) Chew Choo Soot in Petaling
Jaya, Kuala Lumpur, Malaysia.

What advantages will it give me?
We’re a mixed bunch from all walks of life. There is no set “type” or age or sex. You will not find thugs or bullies at karate. The environment is disciplined ( it has to be for safety reasons), yet relaxed and friendly. We all encourage and help each other as much as possible. The one thing we all have in common is the desire to improve our karate skills and technique. That’s all we’ll ever ask of you
Do I have to be fit to take up karate?
No you don’t, obviously the fitter you are, to begin with the easier it will be for you to progress, but we have no expectations of our beginners’ level of fitness.

Why learn Budokan Karate?
Interestingly, the number of people who join to learn self-defence by no means represent the majority. Many people join to get fit, some join because it’s something different, and so on. Whatever the reason, those that preserve with the practice of karate invariably find it has much more to offer, both physically and mentally than conventional sports. Often, the original reason for joining becomes forgotten as students become fascinated in the study of karate for its own sake.